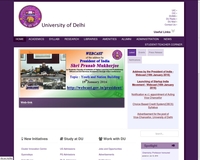 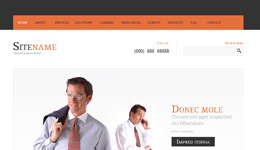 General Information
First bulletin of information - Download
Second bulletin of information - Download
Symposium Poster - Download
How To Reach Delhi University. - Download
Third bulletin of information - Download
Forth bulletin of information - Download
Poster Size: A1 / 594 x 841 mm / 23.4 x 33.1 in
Department of Atomic Energy (DAE)
The Department of Atomic Energy (DAE) came into being on August 3, 1954 under the direct charge of the Prime Minister through a Presidential Order. According to the Resolution constituting the AEC, the Secretary to the Government of India in the Department of Atomic Energy is ex-officio Chairman of the Atomic Energy Commission. DAE has been engaged in the development of nuclear power technology, applications of radiation technologies in the fields of agriculture, medicine, industry and basic research. DAE comprises five research centers, three industrial organizations, five public sector undertakings and three service organizations. It has under its aegis two boards for promoting and funding extra-mural research in nuclear and allied fields, mathematics and a national institute (deemed university). It also supports eight institutes of international repute engaged in research in basic sciences, astronomy, astrophysics, cancer research and education. It also has in its fold an educational society that provides educational facilities for children of DAE employees.
University of Delhi, Delhi India
The University of Delhi was established in 1922. It is one of the premier Educational Institution in India. Sixteen faculties of the University offer a wide spectrum of undergraduate, postgraduate and doctoral programs. With its 85 colleges, 84 postgraduate departments, over 300,000 students and about 7,000 teachers, the University of Delhi is the largest in India and one among the largest in the world. North Campus of University of Delhi is located in the northern part of Delhi, near Delhi University Metro (subway) Station. It is approximately 40 km from Indira Gandhi International Airport and about 30 km from domestic terminal.
© All rights reserved. Design by duhep.in